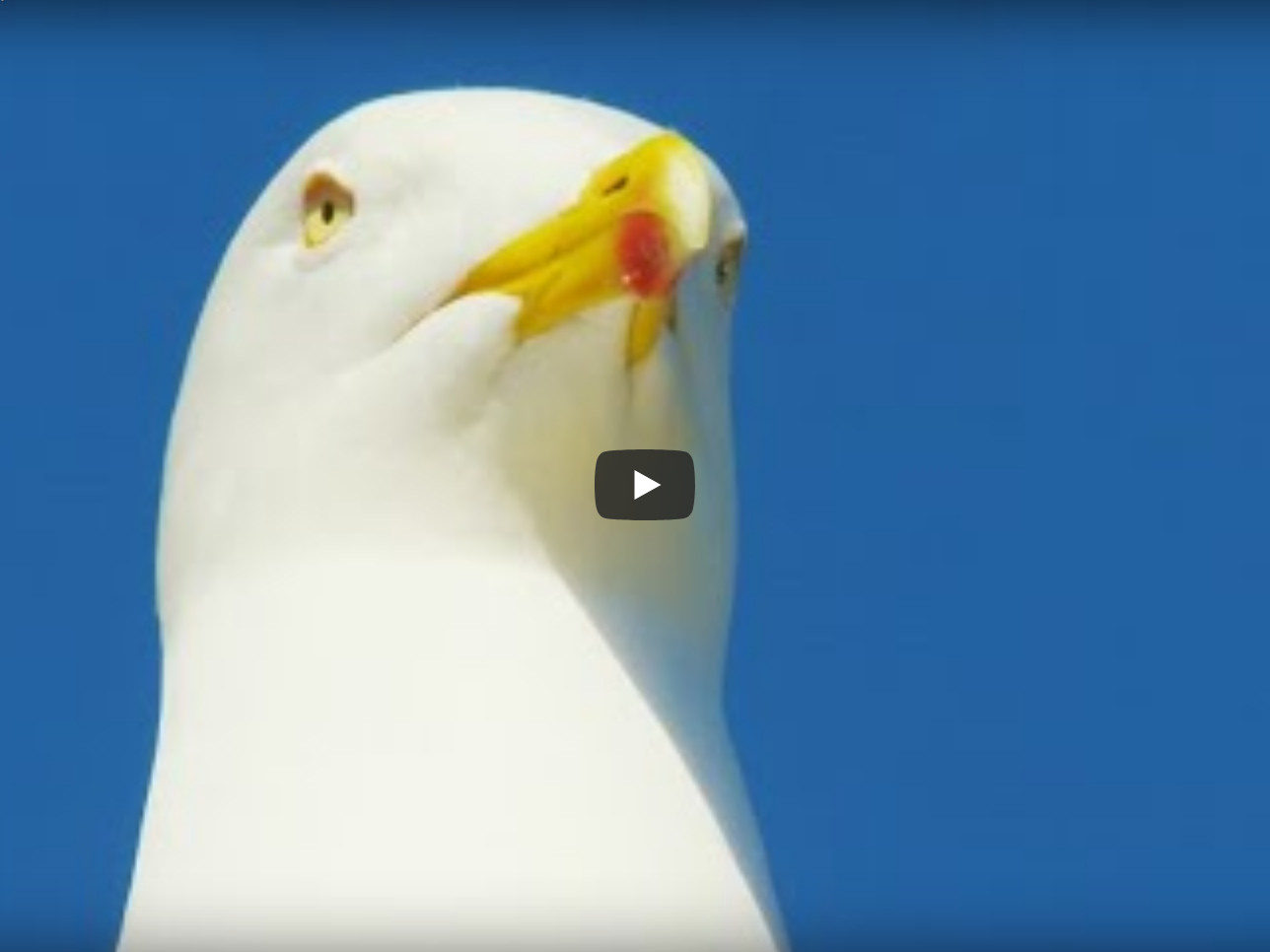 Videos from the BBC’s YouTube channel are a really good resource for learners and improvers of English. I often use them in my classes. Here is one example. As you can see, I’ve produced a transcript. I recommend that students watch the video once or twice, without using the transcript. Then, use the transcript to help with any difficulties.

Mouse over the underlined words and expressions for a quick explanation.

I’ve come to St Ives, in Cornwall, a town notorious for food-snatching gulls, to track down the answers.

Back in 1952, there was just one, solitary nest here. Now the town is home to what could be around 1,000 hungry gulls.

In order to find out how bold the seagulls are, I’m going to be quite bold myself. I’ve got a prawn sandwich and I’m going to take it out and see if they come in for a grab.

It’s really unnerving, actually, because I can feel them all around me. They’re flying increasingly close to me. It’s a bit like watching a horror movie where you know something bad’s going to happen, but you don’t know when it’s going to happen.

Well, there was just a flash of wings and feet, and it was a bit like being mugged, if I’m honest.

In less than a minute, the gull targets me from behind, knocks the sandwich and provokes a feeding frenzy.

But what’s really impressive is how it appeared to spot my sandwich from about fifty metres away. It was a fast, silent attack and I’d kind of like to know how they managed to achieve that because it happened out of nowhere.

With over two hundred thousand gulls coming to live in our urban areas, airborne attacks like mine are now an issue right across the UK.

They are very menacing. We’d call a lot of them rats of the sky because if you had that problem with rats, you would do something about it.

I felt them over my head and suddenly I thought, I can’t see anything. And they’d actually taken my glasses. We warn every single customer that comes in our door to watch out for the gulls.